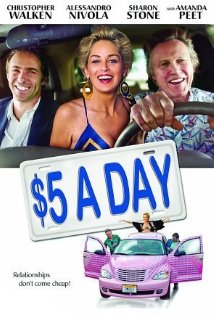 A story about a Father who is trying to patch up a broken relationship with his son. He gets his son fired and causes a breakup with his girlfriend only to realize that his father may actually be dying.

The father plans a fun road trip throughout the United States bluffing along the way in the hope of bonding with his son. The son keeps calling his girlfriend and slowly un-raveling the story of his life to her answering machine.

The trip culminates at the door step of an old friend. The person who snatched his beloved wife and destroyed his family. The one he needs to get even with and pull his last hiest.

Here is something the father has been keeping a secret from the son in order to avoid any resentment towards her. The father managed to get enough cash from him his hated friend in the hope of keeping the peace between them.

An endearing end to what began as an estranged start.